To say that the participants of the Subway Series are stumbling is an understatement. The New York Yankees, who looked primed for a playoff chase at this time last week, have dropped four games in a row, including a sweep at the hands of the Tampa Bay Rays. The New York Mets just went 2-5 against the St. Louis Cardinals and Colorado Rockies at home and the injuries continue to mount with shortstop Asdrubal Cabrera the latest to get hit.  The bottom line is as the calender turns to August (August!) both the Mets and Yankees face a difficult path to postseason baseball with some arguing the Yankees have already given up that hope with the trades of Aroldis Chapman and Andrew Miller.

Before I continue, I need to digress. I liked it much better when the Subway Series was played over the course of two months, three weekend games in Citi Field in say, June with three weekend games at Yankee Stadium in July. They just felt different and more important split up that way as opposed to the current format of four total games, two in each ballpark, all in one week.  In my opinion, the meetings between the two teams have lost some luster. But that’s just me. 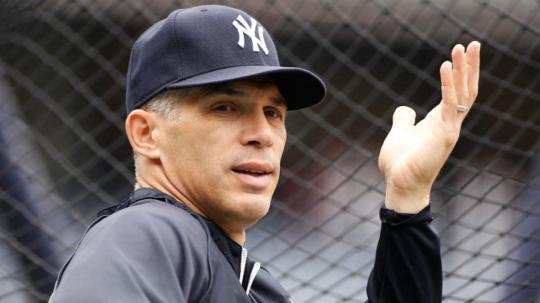 The opener at Citi Field on Monday has C.C. Sabathia pitching against Logan Verrett. The Yanks wouldn’t mind if they were able to deal a third pitcher out of town but with the the big lefty’s contract situation, any trade would result in the Yanks’ taking on a hefty portion of his contract. He was solid in his last outing, allowing two runs in 6 2/3 innings against the Houston Astros. Meanwhile, Verrett has had some good outing for a #5 starter allowing seven earned runs in his last 19 1/3 innings, a span covering three starts. On Tuesday, it is a battle of aces as Masahiro Tanaka opposes Jacob deGrom. Tanaka is 7-3 with a 3.19 ERA and perhaps most importantly, is on pace to start 30 games for the first time in Pinstripes. deGrom continues to get no run support, “earning” a no-decision in his last time out despite throwing seven shutout innings. He is 6-5 with a 2.65 ERA. ‘

On Wednesday, the two teams hook up in the Bronx with Steven Matz scheduled to face Ivan Nova. I use the term “scheduled” as Nova’s name has popped up in trade discussions as he is set to become a free agent at season’s end. He also did not endear himself to Yankee management with his semi-meltdown during Friday night’s loss in Tampa. Nova is 7-6 with a 4.90 ERA. Matz’s season line of 8-7 with a 3.35 ERA is excellent; however, he has really struggled since being diagnosed with bone chips. The lefty is 1-4 with a 4.43 ERA over his last seven outings. In the finale on Thursday, it will be Bartolo Colon to face Nathan Eovaldi. The Mets tried using Colon on three days rest and it worked for three innings on Saturday before two errors doomed him to defeat. Still, Big Bart has been tremendous, tied for the team lead in wins with nine to go along with a 3.58 ERA in 22 outings. Eovaldi’s name has also come up in trade rumors, namely with the Pittsburgh Pirates. The hard-throwing righty is 9-7 with a 4.78 ERA, numbers that earned him a brief bullpen demotion in July. He hasn’t allowed more than three earned runs since his return to the rotation but he has also not pitched seven full innings during that time, either.

Both teams employ feeble offenses. They rank in the bottom portion of Major League Baseball in runs scored, batting average and on-base percentage. The Mets are ninth in home runs but are 19th in slugging percentage and dead last in batting average. I don’t need to tell you how awful they are with runners in scoring position. The Yanks are 28th in slugging, ahead of only the Philadelphia Phillies and Atlanta Braves. The Yanks are 23rd in OBP while the Mets are 24th. Come Monday night, the Yankees could be without their best offensive player as Carlos Beltran‘s name continues to swirl in the trade winds. The best Met offensive player, Yoenis Cespedes, has been slowed by a quad injury. All of these dreadful statistics can mean only one thing for the 2016 edition of the Subway Series: lots of runs will be scored over the next four games.